Frozen's Elsa and her Difficulties with Self-Regulation 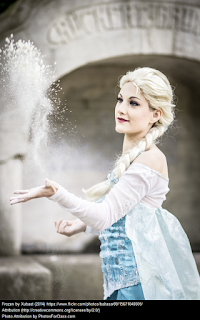 I don't know about other speech-language pathologists, but I'm finding typical guided reading books a tad boring.  I apologize to whoever wrote all the level F books, but four of my students (third and fourth grade) have been stuck at that level for a while and are getting nowhere fast.
Level F books have riveting titles such as "Cleaning My Room", and "Farm Friends" that would make any third or fourth grader stuck there collapse in boredom while the vocabulary in such books is not enriching to say the least. 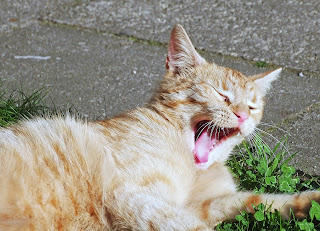 Since I'm really not a reading interventionist, and all of my students have IEP goals related to language comprehension (more global than just reading), I've taken a different route for a little while.  All of my kids love Disney, so we searched the Chapel Hill Library website to find books they would like.  The most recent one was Frozen.

Why did I chose such a book?  Simple---the students were familiar with the plot. This became a shared language experience, and they used prior knowledge of the plot to learn new vocabulary and write about the story elements.  They were also extremely interested in this and attentive. (I like the attentive aspect.)

Language lesson aside, what I really wanted to share today was one student's spontaneous observation about Elsa---he described her as first being in the yellow zone, and then the red zone.  He obviously remembered the  Zones of Regulation classes and materials he had been exposed to.  The pictures (and the plot which he had memorized from the movie) helped him to make this connection.


It's a great thing when you can use a student's experience and knowledge about something such as a movie to connect to such a concept as self-regulation.  I think this worked since students sometimes watch the same movies daily, putting the plot and characters into long term memory.  The student then doesn't have to struggle with story comprehension AND learning new skills at the same time.  If your social skills groups are working with the Zones, try this book!   You don't need to even read the whole thing.  Elsa progresses up the zones in the first few pages.  Read the kids part of the book, and let them peruse the rest on their own after your zones lesson especially if you are like me and operate in 30 minute scheduled sessions.


On a personal level, some of you may remember my daughter who had been in the Peace Corps in Indonesia.  This weekend is her wedding!   We're thrilled.  (The wedding is in Hilton Head, however, and Hurricane Matthew is coming north.  We're hoping for no major event!