'Including Samuel'--full length movie; a Must-See for anyone in education

A long time ago, I posted about a YouTube video I saw, which was an abbreviated version of "Including Samuel".  Now the full length version is available. 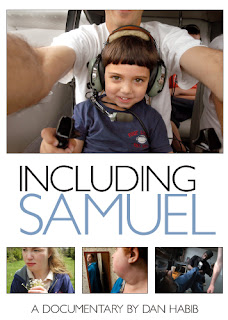 
"Before his son Samuel was diagnosed with cerebral palsy, photojournalist Dan Habib rarely thought about the inclusion of people with disabilities. Now he thinks about inclusion every day. Shot and produced over four years, Habib’s award-winning documentary film, Including Samuel, chronicles the Habib family’s efforts to include Samuel in every facet of their lives. The film honestly portrays his family’s hopes and struggles as well as the experiences of four other individuals with disabilities and their families. Including Samuel is a highly personal, passionately photographed film that captures the cultural and systemic barriers to inclusion."


On a personal note, I've seen this a few times, and it always brings tears to my eyes- of joy (watching Samuel's successes), and of sorrow (seeing the struggles of many of the kids and parents).  You must watch this.
Posted by Chapel Hill Snippets at 9:47 PM

Email ThisBlogThis!Share to TwitterShare to FacebookShare to Pinterest
Labels: inclusion